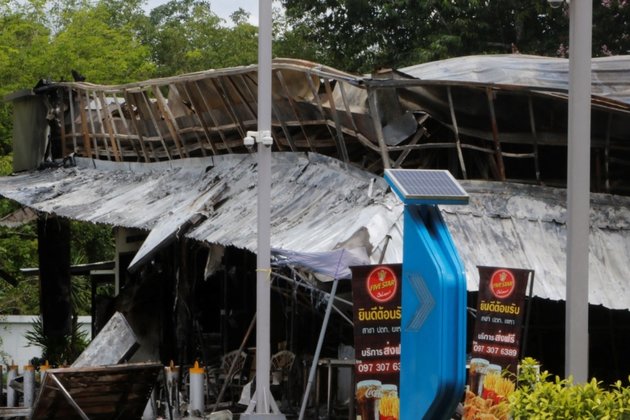 Thailand's Restive South Hit by Wave of Arson and Bombings

HAT YAI, Thailand - A wave of arson and bombing attacks overnight hit Thailand's southernmost provinces, which for almost two decades have been the scene of an active Muslim separatist insurgency, officials said Wednesday.

At least 17 attacks occurred Tuesday night in Pattani, Narathiwat and Yala provinces, mostly at convenience stores and gas stations, military spokesperson Pramote Promin said. Three civilians were reported injured. There have been no claims of responsibility.

More than 7,300 people have been killed since the insurgency began in 2004 in the three provinces, the only ones with Muslim majorities in Buddhist-dominated Thailand. Attacks have also taken place in neighboring Songkhla province.

Muslim residents have long charged they are treated like second-class citizens in Thailand, and separatist movements have been periodically active for decades. Heavy-handed crackdowns have fueled the discontent.

The attacks are the most high-profile ones since early April, when the Thai government and BRN - Barisan Revolusi Nasional Melayu Patani, believed to be the biggest of several insurgent groups- agreed to halt violence during the Muslim holy period of Ramadan. In other violence since then, two Thai army ordnance experts on duty were killed by a bomb later that month.

Pramote said the attackers Tuesday night "dressed up as women, using motorcycles and in many cases using petrol bombs, throwing them into the target sites.

"It is clear that the insurgents remain committed to using violence on people, damaging confidence in the economy, creating uncertainty and undermining the government system," he said.

Police Capt. Sarayuth Kotchawong said he received a report shortly before midnight that a suspect had entered a convenience store at a gas station in Yala's Yaha district, placed a black bag inside and warned employees to leave if they "do not want die." The workers left before the bag exploded 10 minutes later.

The various southern insurgent groups have not issued a consensus demand. They are a shadowy mix of veteran separatists and often loosely led groups of violent young militants. Their goals range from greater autonomy to independence, with little indication they are related to jihadist movements in other Southeast Asian countries, such as Indonesia and the Philippines.

Peace talks have been ongoing for several years under the auspices of the Malaysian government between Thai officials and Mara Patani, an umbrella body representing several insurgent groups. In January 2020, Thai officials held their first formal meeting in years with BRN representatives.

Although BRN is considered the most influential of the separatist groups, local members operate with some autonomy. They generally stage hit-and-run attacks, such as drive-by shootings and ambushes with roadside bombs. They are also known for occasional coordinated attacks when seeking to make a political point with a show of strength.

There has been occasional large-scale bloodletting. In November 2019, gunmen killed 15 village defense volunteers and wounded five security personnel in what was believed to be the deadliest attack on government forces since the separatist rebellion began.