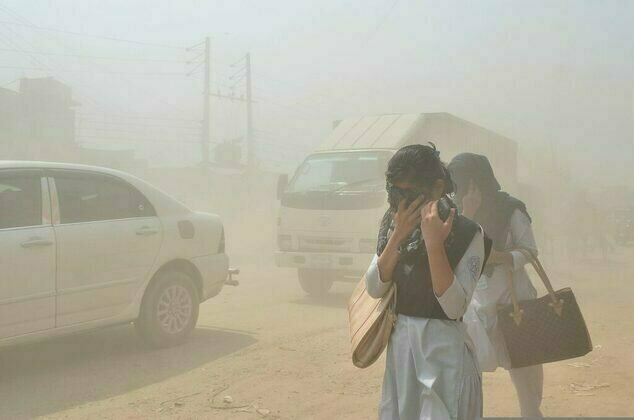 It's like trying to catch smoke. Forest-fire haze drifting from Indonesia to neighbouring countries every dry season has eluded domestic efforts to curb it. Land clearing by burning is prohibited by administrative, criminal and civil laws in Indonesia, but putting polluters on trial remains a challenge. Underexplored legal avenues may provide new solutions to the decades-old problem.

Forest and land fires in Indonesia have attracted global attention since the great fires in 1982-83 and 1997-98. Large haze events occurred again in 2007, 2012 and 2015, causing international alarm and cross-border pollution throughout Southeast Asia. Smoke from these sorts of fires is the biggest source of air pollution in Indonesia after transportation and energy emissions.

Companies - mostly oil-palm producers - have used fire as a tool to clear forests and peatland areas for agriculture, even though Indonesia and Malaysia are well aware of the need to strictly enforce bans on the practice.

Indonesian and Malaysian laws since the 1997 haze event have not prevented local burning. And penalising foreign companies for their actions in Indonesia and Malaysia has been hampered by cronyism and corruption, lack of awareness and education, weaknesses in the institutional framework and lack of political will. Also, the penalties are too low to deter further pollution.

In recent years Indonesia's environment ministry has brought more land- and forest-fire cases to court. Civil laws holding businesses accountable for the fires they cause have had some effect, according to a ministry report. The ministry filed 21 cases between January 2015 and September 2020, and of these 10 were successful and 11 are still pending. Businesses have been ordered to pay compensation and restoration costs totalling almost US$1.38 billion.

These outcomes are related to the application of the precautionary principle in decision-making by Indonesian civil courts, as is common in environmental cases that involve scientific evidence. According to this principle, lack of full scientific certainty shall not be used to make a decision regarding environmental protection. Indonesian courts applied the precautionary principle in the determining liable party and judging evidence even when there was scientific uncertainty.

Providing sufficient evidence in forest- and land-fire cases is often very difficult. Scientific evidence in the form of studies and expert opinion plays a crucial role in proving illegal fires have occurred, who started them, and how much environmental damage and loss they have caused.

Laboratory test reports can also be used as evidence in civil environmental-justice cases. Entirely at the judge's discretion, these reports can be treated as expert testimony. Their relevance, which includes validity and reliability, and support from other expert testimonies, is a critical point in a judge's decision to admit them as compelling legal evidence.

External regulation could complement and support the legal framework in each Southeast Asian country to ensure the activities of transnational companies meet environmental standards and the Association of Southeast Asian Nations (ASEAN) notion of cooperation. A legitimate legislative framework could impose and enforce international environmental standards recognised under human rights obligations. In this way, plantation companies could be held accountable under international law for the pollution they cause elsewhere.

The victims of transboundary pollution and other environmental destruction are the people whose health will suffer, either in the short or the long term. Many countries have also suffered economic loss from direct damage and loss of economic activity.

Cecep Aminudin is a PhD candidate in environmental law at Padjadjaran University, Bandung, Indonesia. He is the Chairman of ECOTAS, a research institute on sustainability. Apart from pursuing his doctoral degree, Aminudin conducts research, delivers training and consults on environmental law. He declares no conflict of interest in relation to this article and does not receive special funds in any form.

The post Laying down the law on air pollution appeared first on 360.