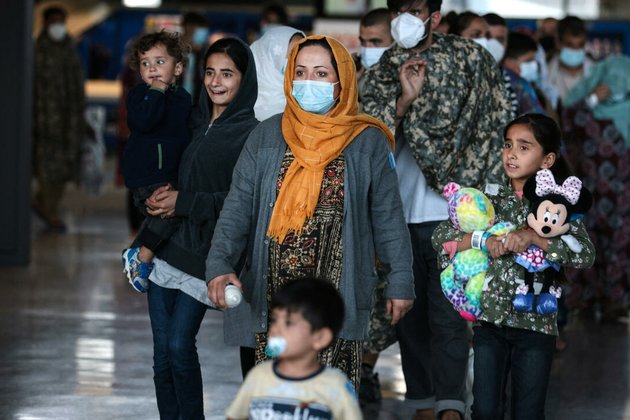 The mass exodus sparked by the Taliban takeover compelled Afghanistan's new rulers to issue a call for Afghans to stay and help rebuild the country. But after a year of Taliban rule, the economy is in tatters, confidence has been shattered, and Afghanistan's best and brightest are not returning - they're fleeing in droves.

(This is Part II of our feature story on Afghanistan's brain drain. For Part I, click here.)

On March 23, when the Taliban made a last-minute reversal on a long-announced opening of secondary schools for girls, it exposed the splits between rival factions based in the capital, Kabul, and the group's southern birthplace, Kandahar. But while the two city factions bickered, the brain drain effectively depleted Afghan ministries and institutions of skilled manpower.

"The country has been cleansed of capacity with the Taliban appointing madrassa-educated people with zero experience as ministers, deputy ministers and managers. Even the lowest-level positions in the civil service have been replaced with religious scholars," said Tamim Asey, co-founder of the Kabul-based Institute for War and Peace Studies and a former Afghan deputy defence minister.

"The Taliban views these positions as war bounty, to be distributed among followers. Now the length and breadth of government has been replaced with fighters. It's even funny - they come with rows of bullets and their rifles to their new jobs as if it's a battlefield."

But the switch from battlefield positions to office jobs has not been accompanied by any policy transition. Over the past year, the Taliban's brand of governance has still focused on wartime imperatives of maintaining cohesion, cracking down on dissent and pouring resources on security issues.

When the Taliban unveiled its first annual budget in May, security accounted for nearly 50 percent of total spending despite the lack of an organised insurgency against the Islamist movement.

The Taliban forecast an annual revenue of $2.1 billion, a measured decrease from the $2.3 billion raised domestically by the previous government in 2020. The World Bank, however, put Afghanistan's annual revenues at $1.7 billion, a "more modest but still impressive" estimate, according to the Economist. Most of the revenues could be used to pay Taliban fighters, the weekly concluded.

Effective tax gathering has been the sole administrative measure perfected by the group during its long insurgency.

Despite the economic contraction over the past year, the Taliban has been adept at raising tax revenues from truckers moving food and fuel across Afghanistan's borders, according to media reports.

A recent spate of fighting in the northern Sar-e Pol province between a renegade Taliban commander and Kabul drew international attention to Afghanistan's coal exports, which have surged since Indonesia imposed a thermal coal export ban early this year.

Truckers transporting coal across the border to Pakistan, which has an urgent demand for the fossil fuels, told a US news site that they were being taxed by the Taliban's Ministry of Mines and Petroleum in addition to "bribes" they were forced to pay to the local renegade commander, Mawlawi Mehdi.

'A country of beggars'

With news headlines covering the dire economic and humanitarian situation in Afghanistan, the US this year increased its humanitarian assistance to $774 million. It's a hike the Taliban rarely acknowledge as they continue to lobby for the unfreezing of Afghanistan's central bank funds locked in the US.

Concerned about a migration crisis at its doorstep, the EU also increased its humanitarian assistance to Afghanistan, allocating more than €115 million this year in addition to the €222 million in humanitarian funding in 2021.

Western governments stress that the humanitarian assistance does not go to the Taliban government, which is not recognised by the international community, but to aid groups working on the ground.

With the UN warning that 97 percent of Afghanistan's population risks falling below the poverty line, the Taliban looks set to parcel out economic responsibility to the international community. The brain drain has left Afghanistan's new administrators very little scope for human potential to drive economic growth.

"The Taliban is turning Afghanistan into a policed authoritarian clerical state completely dependent on our neighbours. We will be a country of beggars, where the people can't think or plan for themselves. They will make Afghanistan a burden on the region or the international community," said Asey.

Waiting for an inclusive regime

The predominantly Pashtun Taliban's marginalisation of Afghanistan's ethnic groups since they came to power has been a source of dismay for many Afghans who hoped the promised "Taliban 2.0" version would be more inclusionary.

A month after they took power, the Islamist movement announced an all-male interim government stacked with hardline war veterans who were overwhelmingly Pashtuns. At a news conference in Kabul, Mujahid reminded journalists questioning the lack of inclusivity that the appointments were temporary. He, however, declined to answer questions on the absence of female cabinet members.

A year later, the promised multi-ethnic cabinet is nowhere in sight. "They have proven to be a very conservative, exclusionist group and are fast turning into an authoritarian police regime," said Asey. "I don't see any window, any space where the Taliban will become an inclusive government and will welcome professionals."

More than two decades ago, when the US ousted the first Taliban regime in 2001, members of the Afghan diaspora from across the globe returned to help rebuild their war-ravaged nation.

The population flow reversed dramatically after the Taliban takeover, but many Afghans forced into exile would still be willing to return home if the political and economic situation enabled it.

"I know that if the Taliban reformed - and this is very unexpected and unimaginable - but if they changed overnight and become inclusive, a lot of these professionals and security forces who have left will return to build the country with the Taliban," said Asey. "The issue is what kind of accommodation will they offer so that everyone can live together."

From her new home in the US following her long journey from Kabul, Huma Usyan admits she "worries a lot" about the Afghan brain drain. 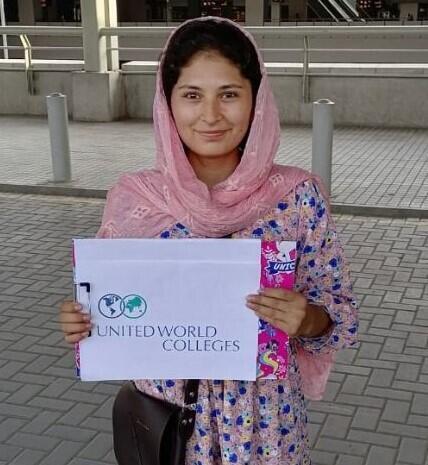 "A lot of people I knew, they were skilled professionals with expertise in their fields, have left Afghanistan. It's very sad, but they didn't have a chance to stay. I'm still thinking of all these things. I'm thinking of what to do for all the girls who are not able to go to school," she said. "I will be studying here and I'm sure I'm going to learn so many things here. But I have to use it for my country. I have to use my knowledge, my skills for my country," she insisted.

The question, though, is whether the Taliban sees any value in a brave, hard-working Afghan schoolgirl who defied the odds to educate herself. Or if the Taliban has any room in their conservative tribal vision for any women to return home to help build a broken, benighted nation. For the moment, the Afghan migration wave is not about to change direction.